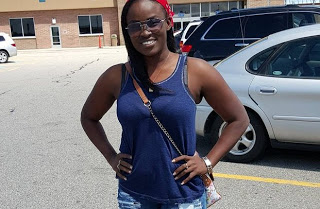 Jessica Saforo-Opare
Following his outstanding performance in the Ghanaian music industry, reggae musician Nana Brobbey, known in the reggae and dancehall music scene as Bobo Shanti, has been tipped to win more than two awards at the forthcoming Bass Awards slated for the National Theatre on December 25.
Nana Brobbey who won the Yaa Asantewa Award at last year’s event with his song ‘Ebola’is optimistic he will increase his tally this year.
According to the US-based musician who has performed on a number of international platforms, he prefers to address topical social issues and will continue to deal with them in his songs.  His song titled ‘G.M.O’ has been nominated for the Yaa Asantewa Award again this year.
In chat with BEATWAVES, the reggae musician called on all Ghanaians and reggae lovers to continue to support home-grown reggae and dancehall music.
Touching on the recent national elections, Nana Brobbey commended the people of Ghana for maintaining the peace in the nation.
He urged all Ghanaians to be law abiding in these trying times to preserve our national unity.
He also congratulated the President-elect Nana Addo Dankwa Akufo-Addo for a well deserved victory, while applauding outgoing President John Mahama for his statesmanship and honourable act of accepting the results of the elections.
Source: Daily guide
Post Views: 17
Share on FacebookShare on Twitter
bangsadmDecember 12, 2016