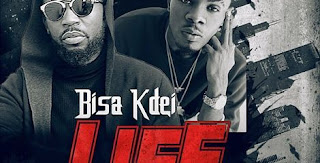 Highlife musician Bisa Kdei has been very phenomenon since he found his way into the Ghanaian music industry.

He chose a genre that most people thought was dead, but then the young act with some other great artistes changed that perception in the minds of many.

His Mansa music video was the first Ghanaian video to get 1 million youtube views within 3 months of release.

Bisa Kdei released a latest one with Patoranking which he titles Life.

In less than 3 months of release, this new video has also set an early record in this new year by attaining 1 million youtube views.

It is also the first Ghanaian music video to reach that number of views in 2017.