Fans Angry At Sarkodie For Posting Request For Help 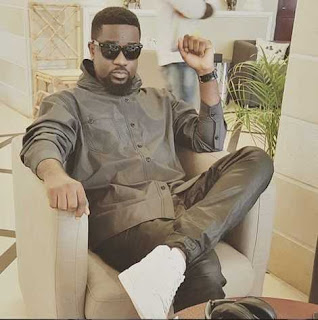 It seems Sarkodie has become the topic of the week as several people tend to find fault in anything the artiste does, especially in his social media posts.

The issue of ‘exposure’ of designers is not over yet but then another has risen. Sarkodie took to his social media handles to post a photo of a 4 year old girl who mistakenly swallowed caustic soda and needs GHC15,000 for an immediate surgery.

Some fans were very angry at the fact that Sarkodie of all people had to post this picture to solicite for funds rather than paying the amount to save the little girl.

Several comments under the post condemned Sarkodie saying he was very stingy and that looking at the amount of money he charges per show, that Ghc15,000 the little girl needs is just chicken change for him.

Others took time to estimate the amount of money he made from his just ended Rapperholic show and that he could have helped the girl in silence without posting hence, it was an unnecessary post.

Check out some of the comments below: