“I Am Not Embarrassed” – Kafui Dey Opens Up On Viral Video 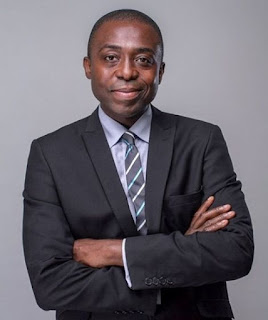 There is nothing merrier than pulling the legs of a fellow whose sense of humor is so on point that, he/she joins the tease with much enthusiasm.

One hilarious video that went viral on social media last week was that of EIB’s radio and TV personality, Kafui Dey, who was captured dozing on live TV. The short video saw the award-winning broadcaster dozing off while receiving a report on the 2016 election from one of their reporters on GH One. Flex newspaper decided to find out if Kafui Dey feels embarrassed or ashamed about this trending amusing video, but the journalist who could not help but laugh at the video as well felt quite the contrary.

“I am not embarrassed at all, my video is quite funny. I started getting calls and WhatsApp messages because of the video. I actually laughed over it too. My people at GH One also did a story on the video and showed it on TV. I shared it with my 145,000 Twitter followers and even showed it to my kids. I wasn’t dozing though; I was just trying to keep awake. I broadcasted for about 12hours on both radio and TV, so I think I was a bit tired,” Kafui Dey disclosed.

According to him, he learnt the video was first disseminated by one of their station’s competitors to disgrace them, but just like the Kalypo brouhaha, things backfired and he ended up putting smiles on the faces of tensed Ghanaians who were awaiting the election results.

Kafui Dey jokingly added that he was not conscious of the struggle to keep his eyes wide open, so who knows tomorrow? He is human and it might happen again. Ghana, he exclaimed, should watch out for him, because he is wide awake and ready for election 2020.

Touching on whether or not his selfless hard work was worth the outcome of Ghana’s elections, Kafui said of course it was and he is very proud to be a Ghanaian.

Kafui Dey intimated that, aside a few disturbing reports coming in on attacks and dangerous jubilations, the election was generally peaceful and the Electoral Commission of Ghana did a good job.

Watch the viral video below: