‘I Don’t Care About The US Elections’ – Femi Kuti 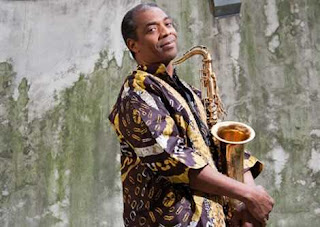 Legendary Nigerian musician Femi Kuti has told Thenetng that he’s not interested in the result of the US elections that’s been generation mixed reactions world over.

In the words of the late Afrobeat pioneer, Fela Kuti‘s first son, ‘It’s good that we focused on the American election, but why should Donald Trump and Hillary Clinton be my priority instead of having light at Alagbole?‘

Asked if he had any opinion about the elections, Femi Kuti said, ‘Even if I did, I was shocked at the way the so called super world nation addressed the whole election, but I’ve been shocked for a long time. When Bush and Tony Blair went to bomb Iraq and they have still not been prosecuted in the world court, this is still shocking me because if it was Charles Taylor, he’ll be locked up right now and that’s double standard in world affairs.

‘It’s the same way when Obama won, yes I was happy that a black man won, I thought racism had kind of died in America till they started opposing him in many of his wishes, but I knew immediately that Obama being there will make no difference for me, now he has finished eight years and I still don’t have light at Alagbole.’