I STAND FOR THE TRUTH Dancehall Artist-Jupiter 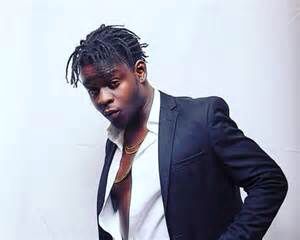 The Enemies hit maker Jupiter on Tuesday 20th December 2016 had an exclusive interview with the chief Commanda-Ras Disko on Osagyefo 106.1fm.

In his interview, Jupiter disclosed that his main mentor is the Jamaican dancehall artist Vybes Cartel and others include his own Dad and my Lucky Dube as his most influenced people when growing up to become a lover of dancehall and reggae music. He proceeded by admitting the fact with reference to what the Jamaican dancehall artist Ninja Man said on an interview with King Lagazi last week that No reggae artist in Ghana does Dancehall and added “I always stand for the truth” as we are not doing things right here in Ghana and Africa at large after mentioning the likes of Iwan, shatta wale, stonebwoy, Samini, Patoranking.

It is about time Ghana put a proper artist on the map….though our artistes here are doing their best as it is being appreciated by the fans. “Afro dancehall they claim doesn’t make sense to me”,he added.

Dancehall music is a rhythm from Jamaica, harsh type of music,full of energy, power, style and very vibrant as he simple explains the meaning of a dancehall music to Ras Disko and his Listeners. He explains why the name Jupiter! as the 5th Largest planet and i (Jupiter) want to be the biggest dancehall artist in the world that is why I chose that name.

He further said, sometimes “I get heart broken” because some upcoming artist put up some “attitude” and as a result of that some people consider them(reggae artist) as violent…and that is very bad!

He cautioned and advised the upcoming dancehall  artistes to stick to deligence*m, stay humble and educate themselves from the social media to enable them stay updated.