Bangs Entertain > Uncategorized > If Shatta Wale Fire, I Will Fire Back- Samini
Uncategorized

If Shatta Wale Fire, I Will Fire Back- Samini 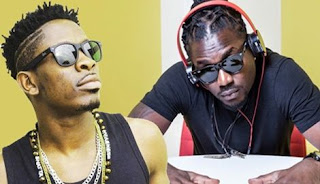 Reggae and Dancehall musician Samini has revealed that he would not hesitate to reply Shatta Wale should he release a song to ‘diss’ him.

Samini, who patched up his difference with Shatta Wale late last year, said he would reply in equal measure should Shatta renege on the peace between them currently.

“Everybody dey in corner. If missile no throw, missile no go throwback,” he told Merqury Quaye in an interview on Cruise Control on Hitz FM.

Samini and Shatta Wale had been at each other’s throat for several years over who is the ‘Dancehall King’ in Ghana. The beef between the two had negative effects on their fan base and even heightened tensions between Samini’s High Grade Family and Shatta Wale’s Shatta Movement.

The musicians after years of a never-ending ‘beef’, smoked the peace pipe on social media when Shatta Wale turned 32 on October 17 last year.

While advising that peace should prevail, especially among the youth, the ‘Scatta Badmind’ hitmaker noted that “When it comes to lyrical war we just take it to the lyrical war front”.

Nevertheless, Samini expressed his gratitude to Shatta Wale for performing at his Saminifest in December last year.

He said he was surprised and did not expect Shatta to attend the event.
Samini noted that, while he was surprised that his one-time rival performed at the concert, it was nice performing with him and believes that their relationship could go far if that continues