I’m not ready to be Dep Min. of Creative Arts – Edem 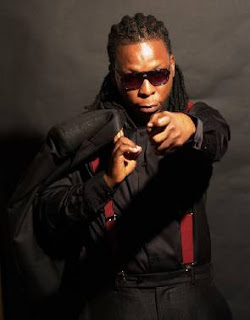 Ghanaian rapper Edem has said he will turn down an appointment to become Deputy Minister for Tourism, Culture, and Creative Arts if it were offered him.

A section of Ghanaians have suggested a person from the movie or music industry should be appointed as Deputy Minister of that sector with the name of Socrate Sarfo, a movie director and producer, emerging.

But speaking on Entertainment Capital on Accra100.5FM on Saturday January 14, the award-winning rapper, asked if he would love to occupy such a position, said: “I’m not ready.

“Not that I’m too young, but I think that I’m not ready for that kind of position. Sometimes you get opportunities but you are not ready and, yes, you have to take opportunities when they come your way but I will stall this opportunity for another day,” he told show host DJ Premier.

In his view the three have exhibited administrative and managerial skills in their works and would be best suited to fit the role to help promote the creative arts industry.

Edem is out with two new songs Ride With Me, featuring Nigeria’s Seyi Shay, and Only You, featuring Afriyie of Wutah fame.