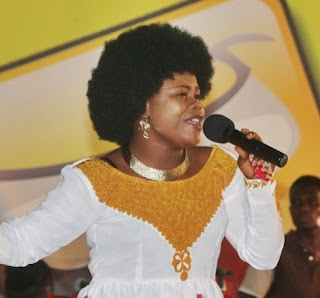 Nana Kwame Twumasi a music show promoter has alleged that gospel musician Anita Afriyie has defrauded him of two thousand Ghana cedis after receiving the said amount but failed to turn-up for the show.

According to him, Anita Afriyie agreed to perform at the gospel rock show at Nkoranza and Techiman respectively which she charged thousand cedis per show. He sent her two thousand cedis through mobile money to her manager which she (Anita Afriyie) confirmed of receiving the money but failed to appear on both shows.

Speaking on Okay FM’s entertainment programme Total showbiz he said “ we organized a gospel rock show at Nkoranza and Techiman and Anita Afriyie was part of the performing artiste on the show she showed up late and went on radio for some interview and after she bolted and all attempts to reach her has proven fatal” he said.