Not Your Business If I Gave Birth Out Of Wedlock – Actress 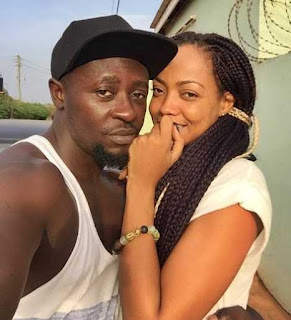 Beautiful actress Jasmine Baroudi is making the headlines perhaps for the wrong reasons over having a child out of wedlock.

The actress in an interview with Joy News asserts that she is unperturbed about the situation and has developed an indifferent attitude towards critics and their wagging mouths.

“At the end of the day, the people out there don’t know my story. Whether I had a child out of wedlock or not, it’s none of their business. They don’t know why it happened…it has happened…I have a beautiful daughter out of it,” she said. Miss Baroudi in February last year had a baby girl with her personal fitness trainer fiancé, Williams Ofori Attah.

The actress is nonchalant about the hullabaloo that erupted over the nude pictures of her fiancé that went viral on social media some three months ago. “I didn’t think it was relevant (to react), I didn’t think I had to go out there and explain myself to them,” she said.

For the actress, the most important thing was the fact that her fiancé had clarified that he had sent those pictures to a lady he was flirting with way before he met her (Jasmine).

The actress is hinting at a wedding very soon despite everything and is enjoying motherhood.