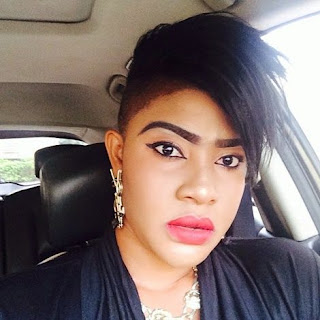 Controversial United States trained journalist, Kemi Olunloyo has exposed a popular Nollywood actress, Angela Okerie after she alleged that Okorie sold her body to get a whopping $1.5 million from the money allegedly stolen by former Gambian President Yahya Jammeh as he fled the country last week.

Olunloyo accused Okorie of being a Nollywood prostitute who uses her body to get money from wealthy African leaders. She urged her to return the money for her own good and live a responsible life.

“The depth of high class prostitution of our #Nollywood ladies has reached alarming heights. While #AngelaOkorie fans are busy yapping me for calling her a call girl, they don’t understand my form of investigative journalism. I am simply the BEST in #Africa. I was US trained and my degree is journalism not mass communications. No fear, favors or bribes. Okorie has been fucking a dictator in front of our eyes and could have possibly been a diplomatic nightmare that ECOWAS secret agents could have easily eliminated.

“If she were #American, the CIA would have KILLED her already! A total #Nigerian embarrassment to @muhammadubuhari’s #ECOWAS mission. I caught and monitored Okorie’s philandering with #yahyajammeh from the beginning of the elections that eventually earned #AdamaBarrow the Presidency. Instead, Okorie was on Instagram brainwashing her fans as usual calling Jammeh “a man of the people.” Angela once again after u were insinuating thunder will fire @bobrisky222, I repeat….the thunder that will fire u is coming straight from #Gambia from all those #Gambians who are refugees in #Senegal now suffering and trying to go home.

“Instead you conveniently flew back to #Nigeria and watched a dictator refuse to give up his throne after he paid u. A prominent #Gambian Journalist told me you were paid $1.5M to wear white muslim dictator shit garb and rock your pussy around campaigning for an evil man.

“RETURN THE MONEY ANGELA!! #Jammeh also allegedly took $11M too. Both of u will be prosecuted by #Barrow soon. #OleOshi #AshewoOshi #hnninvestigates #Gambia #Gambiadecides.” 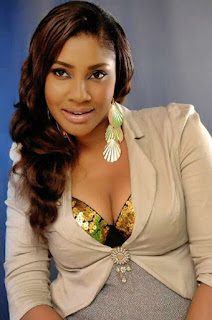