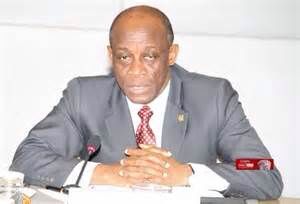 He made his submission with reference to the claim of the formal finance minister-Seth Tekper that…”he has left a stabilized economy for his successor”.

According to the lecturer and a renowned economist from the Kumasi Technical university on Tuesday 10th January 2016 around 7:30am, Ghana’s economy has a weak fundamentals, although interest rate has reduced, it has not reflected in the various commercial banks hence things are standstill.

Ghana has an unfriendly interest rate to the tune of 72% which is the highest in the whole world despite a reduction in the inflation rate to about 15%, it is nothing to write home about comparing it with Ivory Coast, Congo and Burkina Faso which has an inflation rate of 1%, 3%, 2.5% respectively.

The government is priding itself with a reduction in the budget deficit from 12% to 6%. Even with this reduction, the government owes so many bodies including the civil servant, unpaid health insurance fund,vat returns, pro- fund, school feeding etc.
“33% of taxes are used in paying interest on government borrowing, yet debt sustainability interest is very high” he added.

Ghana will pay to a tune of GHs112 billion interest on loan in the next ten years, though Late Professor John E.A Mills left a growth rate of over 8% and it has reduced to 4% as we speak now.
In addition professor Mills left Ghana a GDP of $48billion which has reduced to $39.5 dollars but it still doesn’t reflect in the standard of living of Ghanaians.

In conclusion,”Ghana looks promising having joined IMF, also we are looking forward to a better economy from now on”-Mr Boafo added.