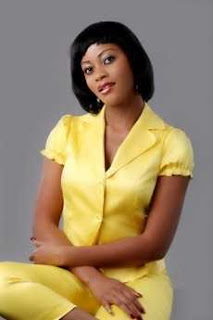 Nollywood actress Damilola Adegbite who got married to Ghanaian Nollywood actor Chris Attoh share on Instagram how a man sitting next to her in church wooed her despite knowing she is married.

The mother of one revealed that she got talking to the man during the call to action made by their pastor. He later asked for her number under the pretense of having business to do with her.

“This is what “Say to your neighbour, neighbour”! causes in church. After an amazing service, this man who I sat beside asked for my number saying he wanted to discuss a project with me. This was the project God is really merciful.”

The Nollywood couple got married in Ghana on Valentine day, February 14, 2015.

Narrating her experience and sharing her Whatsapp conversation with the man she wrote: 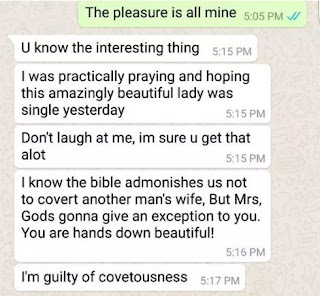