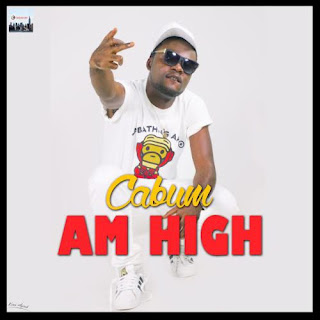 OM Studio label signed rapper, Cabum, has kick-started the year 2017 with a classic Hip-hop song titled “Am High”. In the slow tempo jam produced by himself, Cabum confesses that ‘he is high to the extent of touching the sky’. He rapped in the tone of someone who is ‘high’, proving his versatility.

Cabum has also revealed that, he will follow up “Am High” with a video which will be directed by Wanlov the Kubolor. “Am High” is a song taken from Cabum’s yet to be released debut album titled “The Beginning”. Download and listen to “Am High” below and don’t forget to share your views with us.
Download