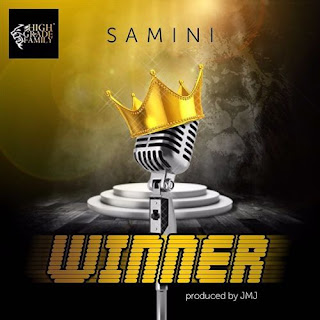 International multiple award-winning Ghanaian Dancehall Singjay, Samini officially breaks the silence with his debut release for 2017. Song titled “Winner” produced by JMJ Baby would register as one of the hot bangers on the charts starting from this weekend.

“Winner” comes across as a very hot Dancehall song. The versatile musician shows his control over lyrics again in this new one with heavy ragga toasting with sweet melodies. Samini himself is very optimistic about this new jam as a hit single. He released an official ‘twin’ video for his big jams “Mantse” and “Opanaraay” few days ago with good rotation on TV Internet Channels.
Download