UTV, Peace FM Is 2016 Most Patronised Stations In Ghana – Survey 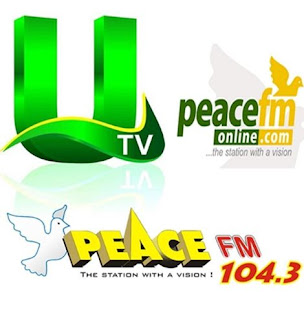 Research firm GeoPoll have released their findings on the most listened to and most watched media houses in Ghana for year end 2016, and it’s a rout for the Despite Group of Companies.

Peace Fm, with 9.39% of market share, are the most listened to radio station in the country, beating Adom Fm to that honour.

In television, it’s another win for Osei Kwame Despite, as UTV tops the way, with 19.6% of the market share. They once again beat Multimedia, as Adom TV comes in second with 16.5%.

For radio, the top two Akan speaking stations are followed by the traditional English speaking ‘big two’ – Citi Fm in 3rd and Joy in 4th. Kumasi’s Kessben Fm completes the top five most listened to stations in the country, with a 3.15% market share.

For TV, TV3 comes in 3rd after UTV and Adom, with Joy Prime and EiB’s GhOne Tv completing the top five. 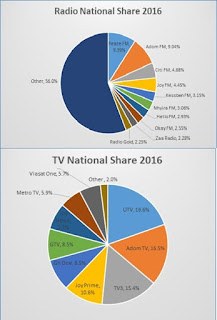