VIDEO: My Manager Never Visited Me In Prison – Ramzy Reveals 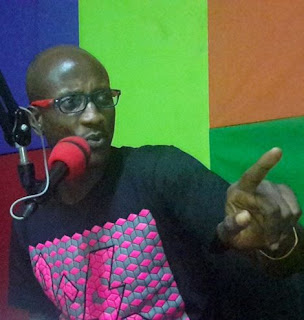 Singer Ramzy Amui who was released from prision a couple of days ago after spending 10 years in detention, has revealed that his management turned its back on him when he needed them most.

Speaking on the “Total Showbiz” segment on Okay FM’s drive time program, Ramzy disclosed that he had a 5 year management and production contract with Emklan Entertainment owned by Musician/Radio Presenter Okyeame Quophi and his wife Stacey Amoanteng, but none of them paid him a visit throughout his 10 year incarceration period at the Nsawam Maximum Prisons.

“Never! not once. None of them came to visit me”.

Asked what might have prevented them from visiting him Ramzy said “I don’t know but maybe they didn’t want to associate themselves with somebody like me anymore”, adding that they had “not contacted him even after his release and he has also not contacted them”.

According to Ramzy, Okyeame Quophi who was like his elder brother, first heard his voice during an interview on the then Choice FM and drove straight there and told him he wanted to produce and manage him. According to him, Quophi met his family and officially introduced himself after which he left his family to go and stay with him and his wife Stacy in Kumasi.

Watch the interview below: